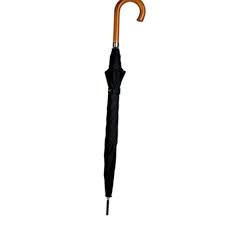 1978 March 13. Journey from Trivandrum to New Delhi to attend National Council of Joint Consultative Machinery (JCM), Departmental Council. K.K.Express has started running and AC compartments introduced. I was in AC compartment, eligible for journey to attend JCM. Both Shri Kadannappally Ramachandran M.P. and Shri Henry Austin M.P. were in the same coach. Only limited number of flights were eligible for M.P.s in a year and they travelled mostly by trains, keeping the flight coupons for emergency purposes. That time, First Class and AC compartment were inter-changeable, but most preferred AC though the facilities in the First Class were more, but without AC. Since we were sitting nearby and time was available in plenty, we talked about so many things. Later they started speaking political issues, and I remained mum.

After some time, Henry Stephen gave me a small packet and spoke in confidence that he has got sugar problem and sometimes he may fall down or become unconscious due to low sugar. My job was to immediately put the sugar in his mouth. I readily agreed. I was full of tension, fearing that any moment he may become unconscious or fall down. For the entire journey, nothing happened and I was relieved.

On the return journey, when it reached Ernakulam, Com. K.Prabhakaran, NFPTE leader, came to the compartment and handed me an old long handed umbrella with a big long handle. I thanked him. We spoke for some time about union matters and the train started. Co-passengers were curious. I told the story of the umbrella. I had forgotten the same in the train when I got down from train at Quilon on an earlier journey from Trivandrum. I phoned to Com.Prabhakaran from Quilon and requested him to go to the station at Ernakulam and collect it if it is still in the compartment which I had travelled. Prabhakaran collected the same. He repaired it, put a new handle and had brought to me now. Co-passengers joked why so much trouble for a very old umbrella, the telephone call from Quilon to Ernakulam etc might have been costlier than the old umbrella. (They might have forgotten that I was working in the telephones).

On reaching Trivandrum Railway Station, hurriedly I got down, went outside, got in an auto riksha and reached the Lodge room where I was staying. After some time, I remembered about the umbrella. Again, I have forgotten to take it from the train. It was very difficult to inform the same to Com. Prabhakaran, but as a matter of fact, I told him later.

When I told the matter to my wife, she was not at all impressed or surprised. She knew about my ‘great memory’ and loss of more than one umbrella, and money purse earlier. Still I can claim that I maintain that ‘great memory’, may be it has become ‘greater’.