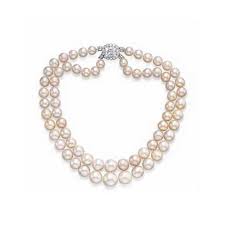 June 2015 – CPSTU Convention in Hyderabad on 22nd June. Meeting of AIBDPA HD District on 23rd June. Started from Bengaluru by flight to Hyderabad along with wife Pankajam on 21st. Reached at 14.40 hours. went directly to BSNL IQ. Comrades J.Sampath Rao, CS BSNLEU, Ramachandrudu, CS AIBDPA and other comrades came and made all  arrangements. On 22nd and 23rd attended the progammes which were arranged efficiently. Hyderabad is famous for pearls of all varieties. Wife suggested why can’t we purchase pearl neck laces for our dear grand daughters? Agreed. Mentioned to Com. Sampath Rao. He arranged some lady comrades to come with us. They took us to a famous jewellery shop. Many items of pearl necklaces. We selected 3 light rose coloured twin neck laces. Hard bargaining by our lady comrades and settled for about Rs. 33,000/-  Small bags also gifted to take the same. We were very happy, thanked the lady comrades, rushed to the IQ, packed suitcases and taxi to Kacheguda railway station. We were in time, got in Bengaluru Express. Train started in time about 19.00 hours. Had good sleep. Train reached Bengaluru about 06.00 hours early next morning.

Heavy rush for getting down at the railway station. I was standing in the corridor near the door, but I was pushed away and suit cases fell. After others, we both  got down. Hired an auto riksha, reached daughter’s residence. Wife  opened the suitcase, searched for the pearl neck lace to present it to grand daughter. Lo, there was no neck lace, not even a hint that the necklace was there. Although I was very sure that I had packed the necklaces in the bag from the IQ, I called comrades at HD to find out whether I had missed it there. They checked and told it is not there.

I went to the Bengaluru railway station and gave a written complaint to the Railway Police Force. They asked the details and filed FIR. I had taken the suit case with me and  showed them that though the lock was not broken and suitcase not opened, the position of the lock on the  zip was on one side of the suitcase, instead of the centre as I have put it. The police officer   then told me that it is a clear case of theft and showed me how the thief might  have opened it by a knife or so, probably in the train in the night or while getting down at the station. He also told that they might have planned the theft very meticulously, probably from the time of the purchase itself in Hyderabad watching us coming from the shop.  He said that if any information, he will intimate.

Next day day at noon I got a call from another railway station asking me some more details. But nothing later. I enquired the RPF again, no information they told. I understood that it was lost forever.  My wife was very upset. We were shortly going to London to meet my son and family and two necklaces were for the grand daughters there.

Lost is lost. But it can not stop us presenting pearl neck laces to my grand daughters. I spoke to Com. Sampath Rao and asked him to purchase similar necklaces and send it to me. Fortunately there was a meeting of AIBDPA AIC Reception Committee to be held at Tirupati on 6th July and I was invited to attend. Com Sampath Rao and some other comrades were also  coming. They purchased similar pearl necklaces at the same reduced rate and gave me the same at Tirupati.  I paid the money.

After returning to Bengaluru,  one neck lace was given to the grand daughter. She was happy.

On 12th July me and wife went to London. The other two necklaces were given to the grand daughters there. They were also happy. And we were happy. Then forgot about the loss. Why worry about things lost, when there are so many things to attend?