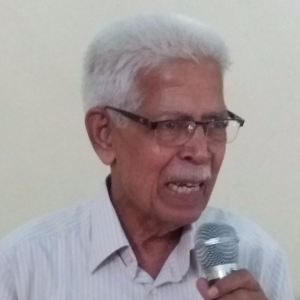 I am overwhelmed by the hundreds of telephone calls and greetings on social media wishing me on my 82nd birth anniversary on 24th July 2020. (Many comrades have wished me on 12th June also since that is the date of birth in official records done by mistake at the time of admitting in school and which I missed to got changed later). I have completed 60 years in trade union field starting with participation in the glorious five days strike of CG employees in 1960, which was ruthlessly crushed by Jawaharlal Government.
Since the later part of 1970s, I have been functioning as an office bearer of the all India Union, as Asst. General Secretary, General Secretary, President and Patron respectively and now as Advisor of AIBDPA and Patron of NCCPA. Continue as President of BSNLCCWF since its formation in 2006. Now the SCFWA in
Kerala has honoured me by electing as its President in the last Conference. Our comrades, colleagues, friends and of course my family, have extended all support, encouragement and help in discharging my duties. I thank all of you for the love and affection shown to me during all these years. I assure you that I will to continue my responsibilities and duty to the society as before. Red Salute Comrades!