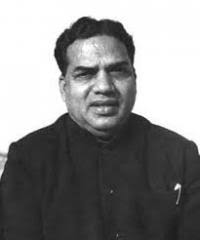 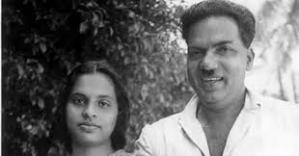 1976. Com.A.K.Gopalan, M.P. along with wife Com.Suseela Gopalan reached Calicut by train in the morning. As asked by Advocate Com. P.K.Kunhirama Poduval, I went to the railway station and brought them in his car to his residence at Chalappuram. AKG was very ill. Dr. C.B.C.Warrier and Dr. N.S.Venugopal came and checked the condition of AKG. He took rest in the day. Party leaders came and met him.

They were to go to Coimbatore that night itself. I was asked to go to the Railway Station and confirm the ticket. As an M.P., A.K.G. was fully eligible with one co-passenger for free travel in First Class, but the reservation has to be made at the Railway Station with a  reservation charge of Rs. 2 or so. I went to the station, met the Station Master, who immediately made the reservation, even without taking any reservation charges from me.  He said it a was privilege for him.

It was the night train going to Coimbatore side, reaching Calicut about 22.00 hours or so. According to the time schedule, we went to the station and the train was already in the platform. With the luggage, medicine bag etc. we got in to the First Class compartment, in which the reservation was made. I went first through the corridor and finding the door closed of the particular coupe, knocked. After some time, one person opened and told that both the berths are reserved from Mangalore. I was telling him that the berths are reserved for Com.A.K.Gopalan M.P., but without saying anything he closed the door. I was shocked. Coms.AKG and Suseela were standing in the corridor behind me. Both of them were very tired. They heard what was spoken by the passengers. I was expecting sharp reaction from AKG, but both he and Suseela Gopalan were standing calm. I was ashamed of myself having put them in such a difficult situation. If I had contacted the station master when we reached the railway station, he would certainly have taken it a privilege to accompany Com. AKG to the train and there would have been no problem.

I rushed out to go to the TTE or Station Master, but the train started. I helplessly looked at the train with Com.A.K.G. and Com. Suseela Gopalan standing in the corridor with their luggage on the floor. I was horrified having put them in such an unhappy situation. I ran to the station master and informed that AKG has not got the reserved berth. He assured to do the needful immediately.

I rushed to the telephone exchange and contacted our union comrades at Tirur and Shornur to go to the Railway station and to ensure the berths for Com.AKG and Suseela Gopalan.  They got in the compartment when it arrived and got the information from the TTE that as soon as the train left, the Railway Officers who were sleeping in the coupe, realised their mistake, came out, apologised to Com.AKG, pleaded to be forgiven and they themselves put the luggage inside and arranged everything.

It was with much apprehension that next day I contacted Com. Suseela Gopalan at Coimbatore. But she calmly told not to worry, they have got the berths without delay. It was then and then only that I was relieved. But still, sometime when I remember the incident, I feel guilty and can not pardon myself.