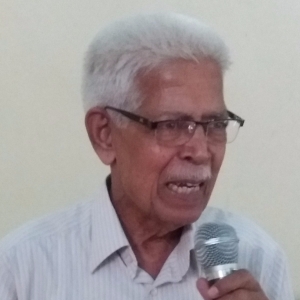 The P and T (including BSNL) employees and their unions/associations are observing this year, the 50th anniversary of the historic One Day Token Strike of 19th September 1968. Four years back in 2014, the 60th year of the formation of National Federation of Posts and Telegraph Employees (NFPTE), the militant organisation of the P and T employees, was celebrated.
The central government, whether headed by UPA or NDA, has been continuing the implementation of its anti-worker, anti-people neo-liberal policies, which are completely detrimental to the interest of the nation and the people. All-important PSUs are in the list of the NITI Ayog for privatisation or closure to suit the requirement of the corporates, whose influence on the government is well known.
Both the Postal and the BSNL workers are in sustained struggles to save the Postal and BSNL services from privatisation and to provide a better service. It is a hard battle and requires the whole hearted support of the entire trade unions and the common people to defeat the nefarious policies of the government.
In this context, it will be appropriate and a requirement for the Postal and BSNL workers to know the past and the various struggles organised. In this connection, I have authored a book “History of the P and T TU Movement” , published by NFPE and released in its All India Conference last year at Bengaluru by Comrade Tapan Sen, M.P., General Secretary of CITU. The book reviews the period from the start of the TU movement till 1986, when NFPTE was bifurcated in to NFPE and NFTE, consequent to the bifurcation of the Department in to Postal and Telecom. The appreciation received by the book as also request from many comrades has made me to think about writing about the history of the movement since 1986. First I am thinking of writing about the telecom unions (including BSNL) from 1986 to the present period. This will be serially posted in this blog, for the present.
Our senior comrades, who were part of the movement, are requested to guide and help me in improving, modifying and correcting, if there is any thing missing, mistake etc.
The articles will start from tomorrow serially.
V.A.N.Namboodiri, Founder General Secretary, BSNL Employees Union.